Skip to content
Fly Peeps: Kim Hill / Deejay kill him
Anyone that follows Ever Fly Ms Q on Facebook or Twitter, knows that I’m a big fan of independent musical artists, and selectors (DJs). Yes, I can enjoy a mainstream club anthem as much as the next grrl, but I’m moved by artists pushing through to present dope music with creativity and passion.
One of my fave soul singers in the musical firmament also happens to be a selector supreme, Kim Hill. She formerly added the soupçon of hotness that helped to differentiate the OG Black Eyed Peas from their 1990s’ hip hop peers.
She’s fly with hers…trust. 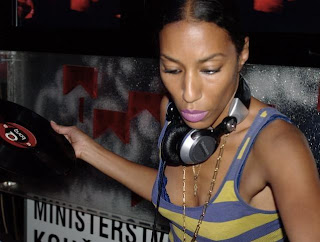